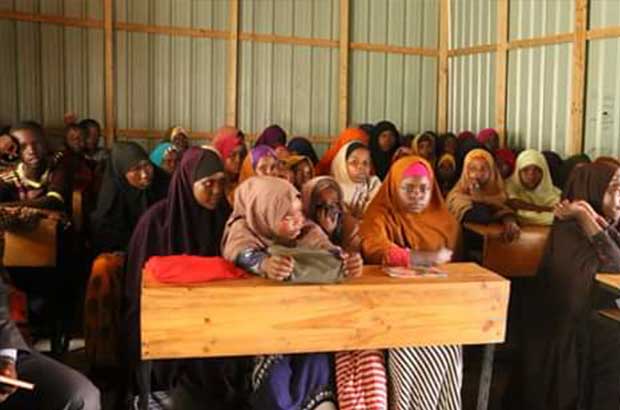 Posted at 08:11h in Education by admin

Extremely high rates of poverty in communities across Somalia make it difficult for parents to afford school fees. In many areas, parents are required to pay for their children’s education, and poverty remains the main reason they give for not sending their children to school. Somaliland declared free primary public education in 2011 but has had great difficulty in retaining teachers at the salaries the government can afford to pay. With parents and communities no longer paying for public primary education, schools have almost no funds to cover their running costs.

Girls’ participation in education is consistently lower than that for boys. Fewer than 50 percent of girls attend primary school, and the last countrywide survey from 2006 showed that only 25 percent of women aged 15 to 24 were literate. The low availability of sanitation facilities (especially separate latrines for girls), a lack of female teachers (less than 20 percent of primary school teachers in Somalia are women), safety concerns and social norms that favor boys’ education are cited as factors inhibiting parents from enrolling their daughters in school.

Nomadic pastoralists account for 65 percent of the population in Somalia. Children in these communities are often denied their rights for education. Formal schooling for children has been taken up by just 22 percent of pastoralist children, with enrolment slightly higher among boys than girls.

At local levels, community education committees and child to child clubs play a key role in school administration and in building community resilience. Regular monthly meetings of the Education Sector Committee will be supported, as well as the technical working group (on, for example, gender or Education Management Information System), in order to strengthen the coordination of education-sector programs.

At least 70 percent of Somalia’s population is under the age of 30 – yet youth unemployment in Somalia is among the highest in the world, at 67 percent. UNICEF works to ensure that these young people have the opportunities to enable them to support themselves and their families and enter the workforce. ACEPO and partners are empowering youth through technical education and vocational training for employment in both Puntland and Somaliland.

To address these critical issues facing access to education, ACEPO Somalia works across 5 thematic areas as part of a broad system of support to strengthen systems and provide service delivery. These include Formal Basic Education, Alternative Basic Education, Youth Education, and Skills Development, Institutional Strengthening – human resources and capacity development, and Education in Emergencies. Low rates of primary school enrolment and attendance, as well as high gender, geographic and minority disparities continue to pose huge challenges to development in Somalia. ACEPO’s focus areas enable ACEPO and its partners to provide education services for even the hardest to reach and/or marginalized children.