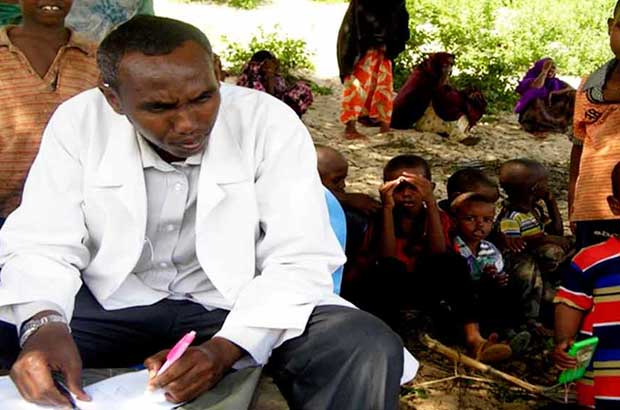 Somalia is in the process of emerging from the prolonged period of state collapse that followed the civil war of 1988-91. Since 2012, the post-transitional Federal Government of Somalia (FGS)
has been internationally recognized, but its capacity as a governing body and the area it controls remains limited.

The conflict and destruction wreaked less havoc in the north of the country, where two governing authorities – Somaliland and Puntland – emerged in the 1990s that have at least attained modest levels of governing capacity. In this context of widespread violence and weak governmental control, children’s and women’s rights in Somalia have not been sufficiently protected or promoted over recent decades. On 1 October 2015 Somalia became the 196th of the world’s nations to ratify the UN Convention on the Rights of the Child (CRC). This report aims to present a comprehensive analysis of the situation of women and children in Somalia that will aid the country in meeting its commitments under the CRC over the next decade. It pays particular attention to five key thematic areas: Health; Nutrition; Water, Sanitation and Hygiene, Education, and Child Protection.

Children and women face more health challenges in Somalia than in almost any other of the world’s countries. The under-five mortality rate (U5MR) of 137 per 1,000 live births is presently
the third worst in the world after Angola and Chad and one in seven Somali children dies before their fifth birthday. Neonatal deaths (those in the first 28 days of life) occur at a higher rate in
Somalia than in any other country apart from Angola and the Central African Republic. The maternal mortality ratio (MMR) in Somalia is also, at 732 per 100,000 live births, among the world’s
highest, exceeded only by the Central African Republic, Chad, Nigeria, Sierra Leone, and South Sudan. Moreover, there is a higher lifetime risk of maternal death, at 1 in 22, in Somalia than in
any other country apart from Chad and Sierra Leone. Nevertheless, although both child and maternal death rates have declined more slowly than in neighboring countries – and far more
slowly than was envisaged under the Millennium Development Goals – there has at least been consistent progress and that progress has been swifter since 2000 than in the preceding decade